Akeim is a multifaceted performing artist, born in Jamaica and raised in England. He seeks to create thought provoking, accessible, organised and free spirited projects.

Since graduating from the Northern School of Contemporary Dance (NSCD) with a first-class honours Bachelor Degree in Performing Arts, Akeim has been involved in multiple cross-disciplinary programmes with a wide range of artists and communities from around the world. His focus as a maker and collaborator is to combine expressive skills such as dance, writing, film, poetry, beat-box, singing and acting to create performances that tell stories to bring together diverse audiences.

In the development of Windows Of Displacement (funded by Arts Council England and developed through Yorkshire Dance’s Amplified Programme with support from NSCD’s Northern Connections initiative and Leeds Playhouse) Akeim collaborated with Leeds Black Elders Association to gather stories of their experience migrating to England in the 50s and 60s. He juxtaposes this with the time he migrated to England at the turn of the millennium, back in 2001. This helped in his research to develop the story of Windows Of Displacement, which Akeim promises to tour as long as there is a socio-political opposition to the movement of people.

Akeim is one half of Snakebox, a creative duo made up of himself and another NSCD graduate Otis Jones. Their interactive show which incorporates dance theatre, music and comedy called PLAY, is currently being programmed in theatres and festivals around the UK.

Akeim is the recent recipient of NSCD and Spin Arts’ Catapult programme which is a year long initiative, helping a young artist take their work to the next level and foster new connections in the industry to boost their career. Akeim plans to develop a new show through this process, called Beatmotion, expressing conflict on personal and global scales, communicated through the orchestral expressions of voice and movement. 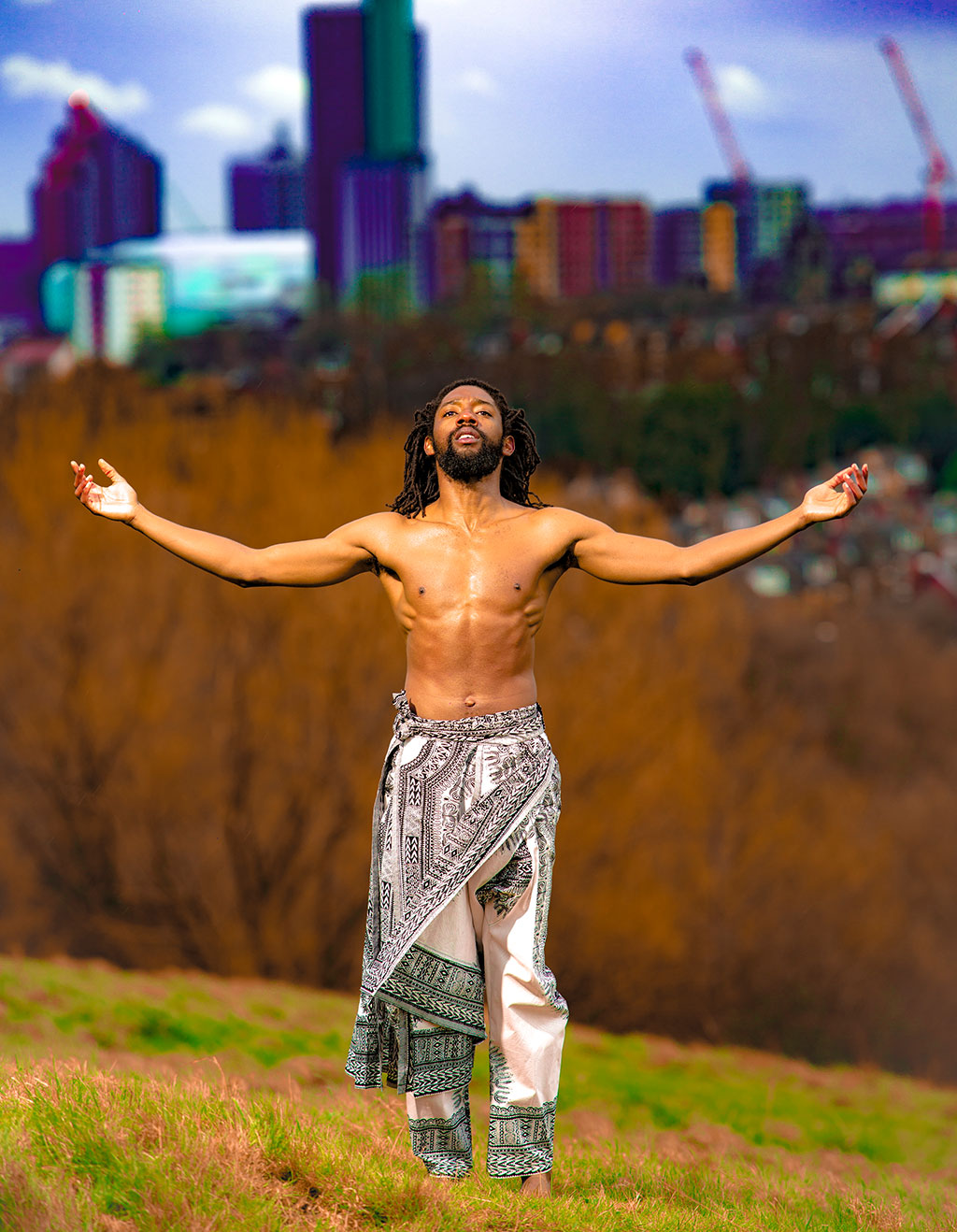