Anna is a choreographer and performance artist who grew up and is now based in the vibrant area of Hebden Bridge. Throughout her educative years, Anna experienced much of the northern dance scene before finishing her studies at Northern of Contemporary Dance (NSCD) in 2016. Here she was developed and nurtured as a creative and performance artist alongside a selection of some of the most talented dancers in the country. Post-graduation Anna was fortunate enough to work with esteemed artists such as Jasmin Vardimon, Marilena Dara, Snow Patrol and most notably with Jasmin Vardimon Company and JV2 for the Gala for Grenfell at the Adelphi Theatre, London.

Following her passion for creation as well as performance, Anna and fellow NSCD graduate Sam Ford created Yorkshire-based company, Northern Rascals. Entering it’s second year of development, Northern Rascals has been described by its audiences as ‘the best new dance company that they’ve seen in years’. Northern Rascals say that they believe the unique ingredient in their work is the diversity in their repertoire; every piece is created for a different audience and performed in a different setting to heighten the impact that they have on the public. Northern Rascals pride themselves in creating work that is always of the highest standard, something that they believe is reflected by their current track-record.

Initially commissioned by The Brewery Arts Centre, they created their first duet 2 Peas, a work that has toured nationally, most recently as a part of the International Dance Festival Birmingham. Here the work received praise by The Dancing Times as they highlighted their appreciation of the ‘stand out performance’ at ‘the most interesting evening of the three weeks’ of the renowned festival. Additionally, their site-specific work Dear Daisy underwent redevelopment in summer 2018; the sold-out show was generously supported by Arts Council England and Leeds Inspired. Northern Rascals we were also awarded the judges prize for Like Rumours of Hushed Thunder by SLAP at York Theatre Royal. The piece has been awarded funding by Arts Council England to be developed into The Mesmerist, a full-length family-friendly work of which a version will première at York Theatre Royal in February 2019. In 2018, Northern Rascals were also short-listed for The Hodgkiss Award by The Royal Exchange Theatre, Manchester.

As a company, they have performed at many renowned theatres and events across the country including The Brewery Arts Centre, York Theatre Royal, Square Chapel of the Arts and The Omnibus Theatre in Clapham.

Anna Holmes on Northern Rascals and life in Leeds

‘As the name suggests, I am passionate and enthusiastic about bringing the performance of and keeping the creation of first-class performance art ‘up North’. Fundamentally, it is where the foundations of all my work as an artist and as Co-Artistic Director of Northern Rascals began. Inspired by its contradictions, i.e. the vast freedom of the moors aligned next to the close-knit communities of the valleys, I have always felt that Yorkshire has been the ideal place to offer me the challenges, the respect and the space to breathe that I feel is much needed to create work of substance.

Alongside the devising of our productions, I work frequently with hard-to-reach rural areas of Yorkshire, allowing a route of expression to those that might otherwise not be able to access it. I believe that creative expression is vital to our personal and social growth and shouldn’t be a privilege but rather the ‘norm’ to all. Perhaps that sense of growing with your community is the Yorkshire in me.

‘My journey at NSCD began when I was 13 years old; fast forward 11 long years of education on their Community, CAT and BA strands, it seems both strange and wonderfully comforting to find myself back here as a professional. However, perhaps I knew that NSCD would always be a stable feature in my life. From my second year of my degree, I dreamt that myself and Sam would eventually come back together as a partnership to create the work that we dreamed of as students. To me, NSCD is the safe place that offered and continues to offer me the challenges that I need to create my work. There’s something about being in a place where you feel respected as an artist that really allows your creativity to flourish. In fact, the stage that myself and Sam envisage when we close our eyes and picture our work being performed is always under the starred dome of The Riley Theatre. There are few places in the world like it.’ 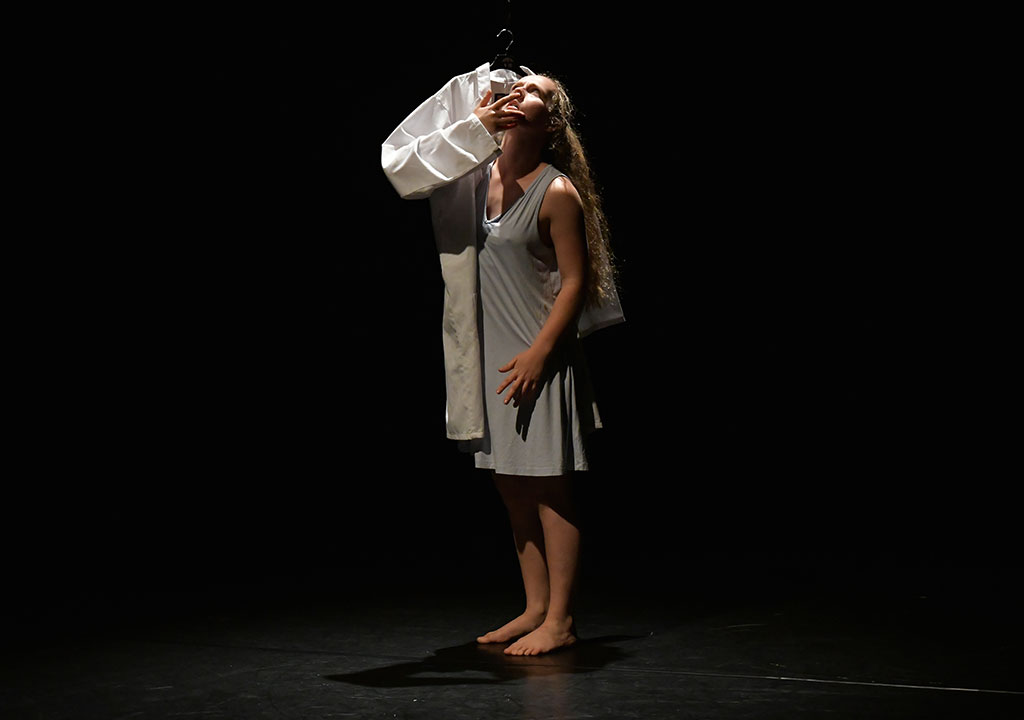